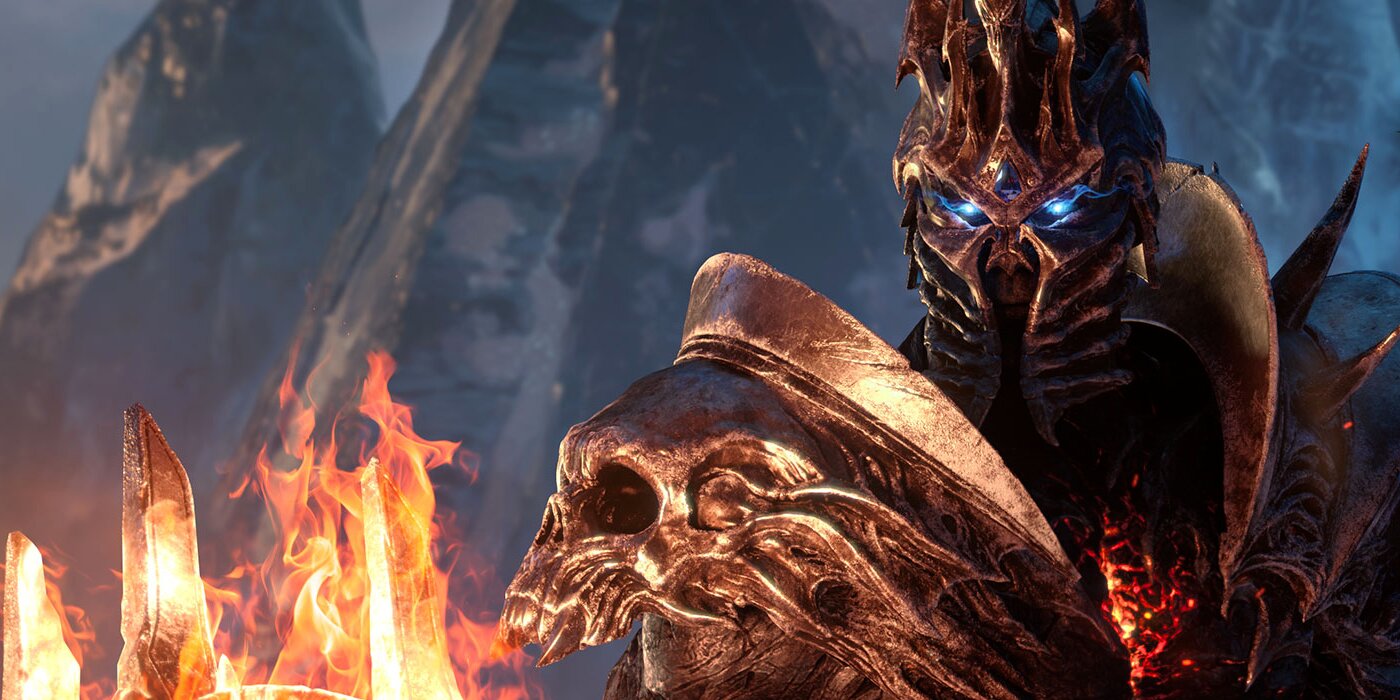 Our history begins back in 2005. The server? Gorefiend. The guild? Fusion.

We were a bunch of scrubs who didn't know any better. From Molten Core and Onyxia, to Blackwing Lair and into Ahn'Qiraj, we kicked some ass while having fun. Unfortunately, some guild drama killed Fusion. But from the ashes of Fusion rose Core. Core was the merge of the remnants of Fusion and another guild on Gorefiend. We were able to down C'Thun and push 4 bosses deep into Naxx before recruitment dried up ahead of Burning Crusade and killed the guild. Some of us joined the top guild on the server to push up to Four Horsemen, all the while waiting for Burning Crusade to launch.

BC started with our former member base scattered across multiple guilds on the server. By the start of Karazhan, it was clear that other guilds lacked what we had at the end of Vanilla. We reformed under the name Tabula Rasa, or clean slate for our fresh start. We came roaring out of the gate, taking realm first kills of Nightbane, Gruul, Magtheridon, pre-nerf Hydross, and every SSC/TK boss until Vashj and Kael'thas. Sadly, we hit a wall on Vashj that led to several key members quitting. That wall plus a toxic server environment led us to transfer to Ysondre.

Ysondre was the shot in the arm TabulaRasa needed. We quickly picked up key members that helped us overcome the Vashj wall. We quickly downed her, barely missed out on a pre-nerf (but still pre-attunement lifting) kill on Kael'thas, and proceeded into Hyjal and Black Temple, wrecking everything in our path.

In Sunwell, we were able to down Kalecgos and spin our wheels on Brutallus before the summer doldrums caused us to raid casually until the 3.0 content patch. We ended up full clearing the instance the week of the content patch. Which set us up nicely for Wrath.

Wrath of the Lich King

Wrath was the first expansion where we could hit the ground running as a guild. Several of our members secured Realm First leveling achievements and the guild took home Realm First achievements for Naxxramas, Sartharion, and Malygos.

We pushed into Ulduar and hit another wall with hard modes. It was a combination of things. Summer availability, a small server getting smaller and more horde skewed. We struggled through Ulduar and limped into Trial of the Grand Crusader. At this point, it was clear that Ysondre wasn't going to support us anymore from a recruitment or economic aspect. So we decided to transfer for the 2nd time as a guild. We looked for a realm that was well balanced between Alliance and Horde, medium-high population, and in the eastern/central US. Our search led us to Bleeding Hollow with a new guild name. And thus Decidedly Uncouth was born.

Just like our initial transfer to Ysondre, our transfer to Bleeding Hollow rejuvenated the guild. We quickly finished off ToGC and pushed into Icecrown Citadel. We ended up with the US 140th kill of Arthas. It was a great way to end the expansion.

Screenshots: Showing off Plagued Proto Drakes from Naxx, Berzerkzmode and Mchammer getting Shadowmourne

But then came Firelands. Firelands kicked our ass. The combination of summer availability, trying to stay a 25 man raiding guild when things were skewing towards 10 man guilds, and yet another server skewing heavily towards the Horde killed our progress. We finally bit the bullet and downsized to 10-man. We killed heroic Ragnaros, but the writing was on the wall for Bleeding Hollow Alliance. We evaluated our options. The game was skewing towards Horde for a while. Thanks Green Jesus. We decided it was time to faction change to Horde. The choice that remained was whether we stayed on Bleeding Hollow or transferred to a high population realm. We looked at the downward trend of subscribers for the game and decided to hedge our bets against a further downturn in subscribers. This meant moving to a high population realm that would hopefully insulate us from further subscriber loss. We chose to move to Mal'Ganis the week Dragon Soul was released.

We took it easy during the launch of Dragon Soul due to the holidays. We were feeling burnt out by the game. More and more members were raid logging. And the announcement of Mists of Pandaria didn't inspire the guild. We finished off the tier in March, about 4 months after its release. After we farmed up mounts for our raiders, we decided to call it quits for the expansion and for Pandaria.

The guild was on hiatus for the duration of Mists. When Warlords was announced, we started talking about getting the guild back together. The story was more interesting than Pandas, and the devs promised to fix some of our pain points. Mainly a single raid size for progression raiding and flex sizing for the casual content. But at the same time, no one wanted to commit to raiding 4 days a week. We decided we'd try to raid seriously on a casual friendly schedule. We were going to raid 2 days a week, 4 hours a night.

A couple of months before the expansion launched, we fired off an email to all of our former members notifying them about our comeback. The response from our members was overwhelming. We had a full roster within days.

We started off Warlords unsure of what to expect. We had never raided this infrequently. It took us a while to find a balance between farm content for gearing up and pushing progression. Not to mention knocking the rust off after 2 years of not raiding. We finished off the launch tier as the US 27th 2-day guild. But left Blast Furnace and Blackhand unkilled on Mythic.

While it sucked not finishing out the launch tier, the lessons we learned helped propel us through Hellfire Citadel. With the addition of a few key recruits, we were able to finish off the expansion with the US 19th kill of Mythic Archimonde for 2-day guilds.

True to form, we hit the ground running on Legion launch content. We secured the US 11th kill on Xavius for 2-day guilds. Our highest ranking since switching to the 2-day format. Our raiders put in the effort and the results were obvious.

However, the Legion launch grind was real. We decided to take it slow with Trial of Valor given its holiday release and the member base feeling burned out from the AP grind. We got Odyn and Guarm down pre-Nighthold but decided to not progress on Helya given that Nighthold was looming.

In Nighthold, our progress was slowed by absences from our raid leaders' right as mythic progression started. Way to be raid holder backers Argo and Osiris. Nonetheless, our raid team stepped up and kept the guild progressing. While we regressed a little to US 26th for 2-day guilds, we got our roster to the healthiest point it has been in a long time. Maybe ever. It's a great position to be in as we headed into the Tomb of Sargeras.

In Tomb, we utilized that healthy roster to push progression back to the levels we had at launch. We did have a couple of hiccups on Mistress and Maiden when a couple of members took a step back from the game. But several of our newer members stepped up to help us overcome those hurdles. We then picked up the pace on Fallen Avatar and Kil'jaeden to finish off tier strong. Our Kil'jaeden kill was the US 11th kill for 2-day guilds and around US 150th overall.

We built on the success we had in the Tomb of Sargeras to quickly push progression in Antorus. We blazed out of the gate with a US 85th kill of Portal Keeper week 1 and continued the onslaught with a US 94th kill on Varimathras and a US 95th on Coven. The realities of being a 2-day guild on Aggramar and Argus caused our rank to slip to US 125 and 137 on those bosses. When you get to the bosses you extend on, raiding only 8 hours a week is magnified. But when we rank ourselves against our peers, our Argus kill was US #9 for 2-day guilds. Our best ranking as a 2-day guild.

Our biggest accomplishment in Legion was pushing our member base to have precision execution on encounters. This helps us jump several ranks in the kill race. And it made us the World #1 guild for execution on Warcraft Logs. Gotta say it feels good to be World #1 in something, even if it is a subjective metric.

The expansion of good raids, poor balance, and bad systems. Launching in August of 2018 we ventured into Uldir. We made our way through your typical launch tier bugs, some serious DPS checks, and a fight that benefited from stacking as many rogues as possible. When we arrived at G'huun we had to reach to some of our alts to field the mandatory 4 warlocks needed for the encounter. This slowed us down a bit and we ended the tier US 124 overall.

We picked up steam going into Battle of Dazar'alor and enjoyed the variety of fights in the raid. We finished off Jaina, began farming mounts for our team, and rounded off the tier with an overall rank of US 99.

As we ventured into the two boss mini raid of Crucible of Storms, poor class balance made itself known once again. We managed to kill The Restless Cabal with an overall US rank of 62 on our 2-day schedule. It only took 20% of our raid playing Shadow Priest. Our leadership saw what was happening to other guilds on Uu'nat Harbinger of the Void and decided it was in the best interest of our guild's health not to faceroll into what would become a burnout boss and guild killer for some. More than 16 months after the release of Crucible of Storms, there are still only 74 US kills on Uu'nat.

Itching for new content, with the release of Eternal Palace we jumped in with both feet and secured quick kills on the entry-level content. While we slowed down a bit in the middle of the raid, we made up for it at the end. Despite a revolving door of healer attendance issues, rarely pulling Queen Azshara with the same setup two days in a row, we secured a US 109 kill overall.

In the final tier of Ny'alotha we started similar to Eternal Palace. We cleared half the raid in the first two weeks, then had to spend more time on the mid-range bosses. We killed the penultimate boss (Carapace of N'zoth) as US 98, then the fun began. N'zoth presented a challenge due to its complexity, but also because his corruption spread through the internet itself. For weeks on end instance servers were only being created in Singapore, forcing our members to play a precision fight with extreme latency. There were several nights the servers were completely unplayable, freezing for 10+ seconds at a time. Couple this with the bored script kiddies DDOS'ing Blizzard during COVID-19 quarantine and our normal 2-day schedule was set back a solid month.

We farmed out N'zoth and Jaina mounts for our entire raid team, did some sales runs to keep our guild bank healthy, and learned some valuable lessons we plan to take forward into Shadowlands.

We're having fun progressing on mythic bosses at a pace that's sustainable for us. Our leadership team has never been stronger. And our roster as a whole is stronger now than any of our long term members can remember.

Do you want to be apart of our future in Shadowlands? We're always looking for exceptional players. Read up on our Application Process and put in an application.